PROVIDING SUPPORT, WHEN YOU NEED IT MOST

Our Canadian law firm, Sidhu Lawyers, is now accepting new cases for a class action lawsuit against Monsanto. This particular case pertains to individuals who were regularly exposed to RoundUp (Glyphosate) and have been diagnosed with Non-Hodgkin’s Lymphoma. Roundup is a herbicide produced by Monsanto in the 1970s. It is often utilized both in commercial settings and homes all over Canada. Commercially, it is regularly used within the forestry and agricultural sectors. Privately, it is frequently used in lawns, gardens, and aquatic environments. In 2015, the World Health Organization’s (WHO) International Agency for Research deemed glyphosate herbicides, such as RoundUp, as being “carcinogenic”.

Monsanto approved and advocated for the use of RoundUp in both commercial and private sectors, by advertising the herbicide as being “safe”. This corporation earned billions of dollars in profits as a result of this widely used product.

Exposure to the herbicide RoundUp may increase your chances of being diagnosed with cancer. Reach out to our experienced Sidhu Law Office team immediately to discuss your options. Canada has not yet banned RoundUp,  but many countries around the world have already prohibited the use of this brand of herbicide. Our staff at Sidhu Lawyers can accept your case and advocate for the compensation that you deserve. There will be zero risk for you, as you will not be liable for any payments unless we are successful.

A class-action lawsuit against Monsanto Canada and Bayer was initiated in April 2019. This class action was started on behalf of every resident in the country (except Quebec) who was diagnosed with non-Hodgkin’s lymphoma after being exposed to RoundUp from 1976 onwards. Class actions lawsuits in the United States often conclude faster than those in Canada.  In Canada, class action Monsanto lawsuit can take years to process. Not to worry, our experienced team has handled numerous long-lasting pharmaceutical class actions in the past.

On behalf of Quebec citizens who were diagnosed with non-Hodgkin’s lymphoma after using Roundup, authorization is being sought to initiate a similar class-action lawsuit in Quebec.

Now is the time to join in on this class action Monsanto lawsuit. Recently, there was a verdict in California against Bayer and Monsanto to pay over $2 billion to a couple who alleged that RoundUp had resulted in their cancer diagnosis.  While it is unlikely that this couple will see this amount (as the company applied), this incident has set a tone for future cases.

A majority of class action cases will eventually be settled and approved by the court. At this time, individual class members may be given the opportunity to provide the court with their input. During this time, individuals can voice their opposition against the settlements, especially if they believe that they would not benefit from it or if they believe that it is insufficient. Our clients’ interests are our priority. Rest easy knowing that we will always strive to do our best when addressing the courts on our clients’ behalf.  Once a settlement amount has been confirmed, the courts will determine which members of the Monsanto lawsuit are eligible to share in a part of the settlement. After all eligible individuals are accounted for, the courts can then determine how much each person will receive. Keep in mind that this process can take years. This being said, our team will be there to support you every step of the way.

How Sidhu Lawyers can help

Sidhu Lawyers can help ensure that you get the compensation that you deserve. Our Canadian law firm is composed of lawyers who have extensive experience with class-action Monsanto lawsuit, especially those pertaining to ailments caused by prescription medications and other substances.

As a general policy, our personal injury firm will represent individuals independently when this is the best route towards maximizing the settlement amount.  We will explain all your options,  answer any of your questions, and advise you on whether a class action lawsuit or independent lawsuit would yield the best outcome.

For a free consultation and to see where you or a loved one stands with regards to collecting monetary relief, contact Sidhu Law today. Reach out to us through our email: shawn@ngsidhu.com.

A certification hearing is scheduled for September 20, 2021. During this time, it will be determined if the case would go forward as a class proceeding.

This particular case is still at its earlier stages.  At this moment, Non-Hodgkin’s Lymphoma is the main focus of the class action litigation. However,  there is a possibility that other types of cancer will be added to the class-action Monsanto lawsuit, depending on the findings of upcoming scientific studies. 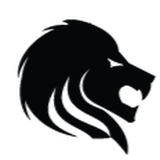 Aria Mohseni
Shawn is a brilliant lawyer and helped me to navigate my case Stress Free! 🙌🏽🙌🏽
Read more

Ram Brar
Shawn has assisted me in the past with great results. Shawn is all about the client I would highly recommend his legal team for any advice.
Read more
View More Reviews

We're not around right now. But you can send us an email and we'll get back to you, asap.